I have to apologise to you, my lovely reader, for the swearing but also for being AWOL recently. It’s because…

Yep, that’s right. The woman with the attention span of a daffodil is WRITING A BOOK. It’s in the early stages but I’ve been shitting myself with fear because I’m TERRIFIED of failure. I have nightmares about having to live in the garden with the weeds because I failed to say ‘f**k the fear’!

But this, beaut, is fear of failure speaking. It’s been living next door to my brain for 33 years, appearing for the opposite of a pep talk at the worst times. If it was a person, it would no doubt make it onto that crap Channel 5 programme ‘Neighbours from Hell’. Always too loud, always sharing its opinion when you don’t want it and generally being a pain in the arse. Fear of failing is so shit. But there’s a reason why this happens in my head. 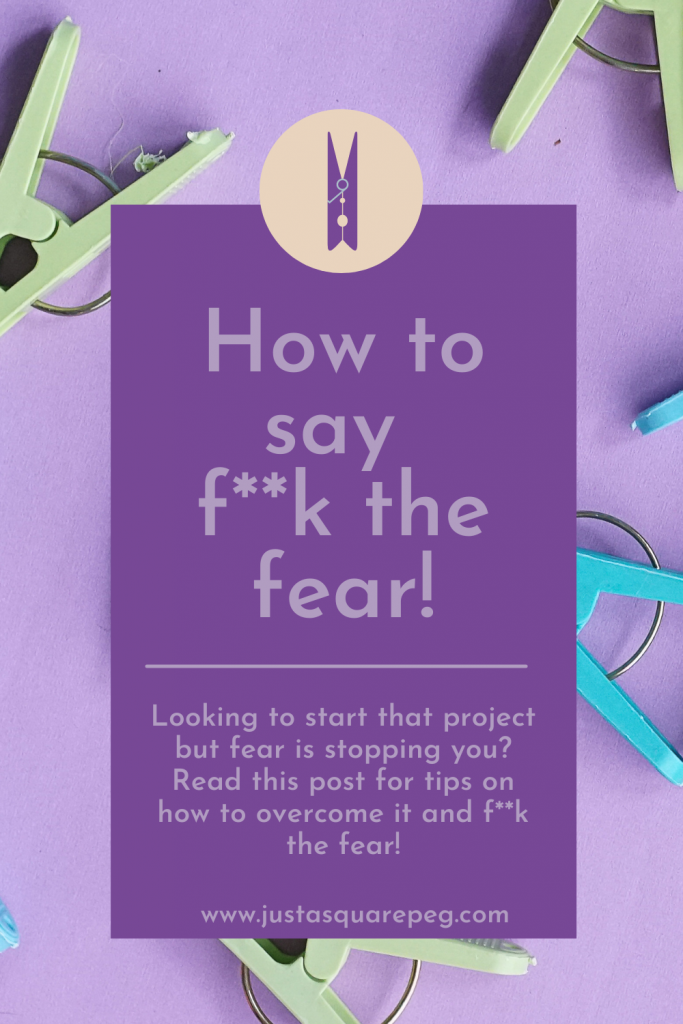 Being undiagnosed autistic and misdiagnosed with BPD has meant having to work harder at everything and failing at most things. School was hard work because most of it was spent feeling like the odd one out and a square peg in a round hole ALL THE TIME. It meant being REALLY good at writing, reading and anything creative but being total bollocks at anything mathematical, scientific or that needed logic/organisation. We’re taught that being ‘clever’ means being Albert Einstein, being shit-hot at boring subjects and that if you’re arty, you’re not as smart. This continued into Uni and into my early career too.

I failed miserably at:

All-in-all, my self-esteem took a massive hit and since then, I’ve been afraid of doing anything in case I fail.

Everything but questioning my BPD diagnosis.

For the first time in my life, I’m advocating for myself. I’m questioning the process that I’ve struggled to access help from at times. It took four years of asking the question and finally, hearing three professionals tell me that I’ve been misdiagnosed and that I’m autistic. Which is why I’ve lived with chronic anxiety all my life. When the outside world keeps telling you that you’re not doing things right, that you’re not working fast enough, that you’re making too many mistakes, that really, you should think about changing career or becoming a hermit. This is why I’ve ended up being a chronic sayer not do-er. A chronic starter, but not finisher. Before anyone mentioned that I might be autistic, I was living life as a chronic failure.

Through asking questions and being a pain in the arse of the NHS, I realised that I’m actually pretty strong, marginally brave and downright stubborn. Doing this has made me realise that actually…

I’M NOT A FAILURE. It’s society that failed me.

Time to f**k the fear

So, that said, it’s time to silence the neighbour from hell and say ‘f**k you!’ to fear.

For years I’ve wanted to write a book but wasn’t sure what I wanted to write about. Having gone through the motions of being undiagnosed, misdiagnosed, self diagnosed and now on the road to an autism diagnosis, I want to share this experience and hopefully help other women between the ages of 20 and 45 who are going through this too. Living life as one thing but knowing deep down that they’re really someone else.

Despite the fear of failing, rejection, a global pandemic and Boris Johnson’s hair, I applied to join a memoir writing course with an organisation called Write Club. I was so nervous sending my writing out into the world ready for other humans to see. After speaking with the tutor, Alison, I felt the anxiety begin to subside and the excitement of getting started took over. Now I’ve nearly completed the first 12 weeks and I’m signed up for the next 12 weeks because I love the motivation it gives me and the feedback from my group has been AMAZING.

A colleague of mine is a many times published author and she said that the hardest part of starting anything is ACTUALLY STARTING. It’s like you need to move the fear out and will yourself over the first hurdle, making your dreams more in reach.

Here are a few ways to overcome the fear and get started on that thing you’ve meant to do but are shit scared of doing:

I hope these little pointers are helpful and that you can say ‘f**k the fear’ and go full pelt towards your dream project!